Evolution of Shapes in Interior Design It should be interesting to explore the evolution of shape that has gone into shaping up interiors through the times. Shapes chosen in architectural and interior design reflects the contemporary mindset of a specific time period.

It would be worthwhile for any student of an interior designing course to delve into the interesting facts about the evolution of shapes.

A history of shapes in interiors

An understanding of how people perceived design through the times has great relevance for discussion in interior design classes. Serious thought may thus be given to architecture and interior designing since the times civilisations contributed their best to these disciplines. In the times of ancient civilisations viz. Egyptian, Roman and Greek ones, buildings were constructed to purpose nevertheless in a manner that highlighted class and stature of the inhabitants.

There were places of worship and houses for the royalty built in glorious, ornate and palatial styles. Artistic elements like statues, sculptures and murals were fused into architecture. The pillars were carved and round reaching high roofs.

The common people had normal or primitive houses with flat, square rooftops and arches at the doors and windows. Also, religion was a major influence on interior designing. The Gothic era architecture had tall, large and arched buildings with the cone shaped rooftops. The interior design was dominated by art, gracing the walls and pillars. Churches and similar structures followed this form of architecture that was popular in Europe and eventually in other continents.

The spread of Christianity in many countries led to its migration from Europe. Spiral stairs and geometric shapes in decorative ornamentation were prominent. Furniture was also carved out of dark word with intricate depths. The stereotypes began to crumble and liberal thought and democratic social format made a great difference. In the background of the industrial revolution, individuality took the spotlight and experiments with interior design began to gain momentum.

Commercial production and scope for merchandised manufacture made variety in shapes and sizes largely possible. The concepts of style and trendiness took over. Ergonomics, utility and practicality became important with methods of creating fashionable interior design getting preference. Liberty with choice of design and material was being widely practiced by now. Then came the full bloom of professional interior designing that developed through the 20th and 21st centuries. Modern and vintage were clearly classified. Interiors and their components started to be shaped to bring rich expression rather than bland conformity.

Interior design courses has become specialized study. Interior design concepts has been skewed. Curves gained prominence and shapes of regular interior components like furniture were creatively distorted maintaining the essential proportion and balance. Shapes and sizes got largely experimented with. These are times when minimalism is among the trendiest interior designing methods. It makes spaces look more spacious and comfy. Articles like furniture are getting a rebirth owing to this. Smart designs are enabling multiple utilities possible per piece of furniture. It ensures no waste of space. Smartly shaped articles can handle multiple utilities too (viz. the bellagio table or the cubista stools).

Thanks to minimal design, small spaces aren’t regretted anymore. Minimalistic designs for regular articles are those that seamlessly combine utility and beauty in one piece. 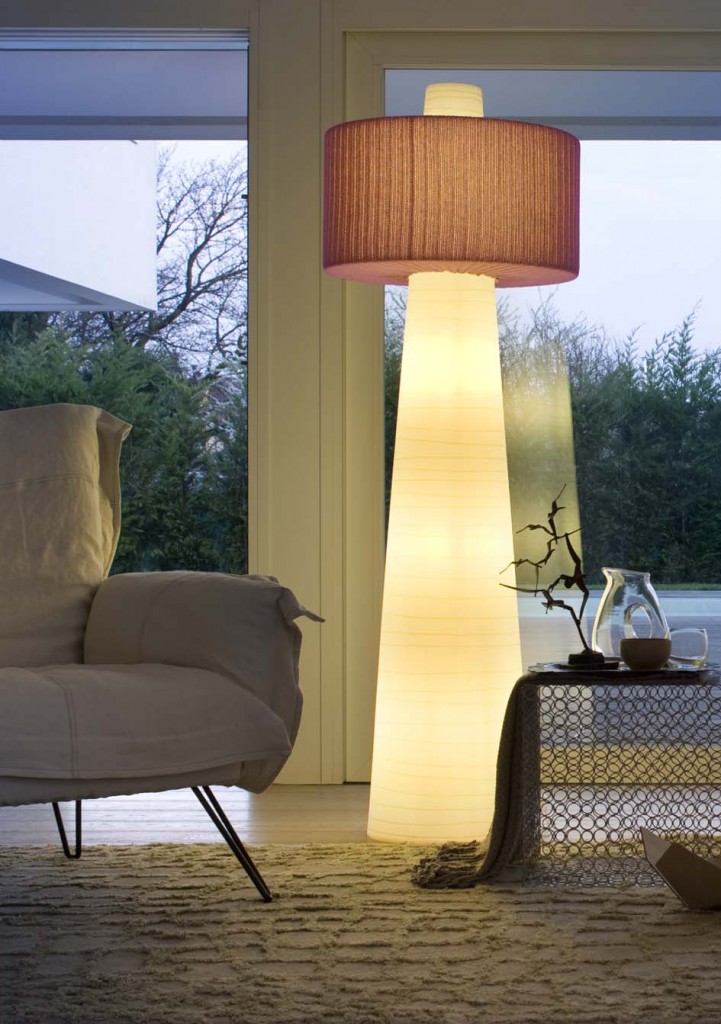 In modern times people are so receptive of innovation in design. Even lamps are shaped up into unique designs. Great lamp design ideas like arc lamps, mushroom lamps, dome lamps, the light drop, gilda lamps and the corner lamps are noteworthy. Lamps are shaped up into imaginative and innovative designs, giving new look and effect to the interiors. Today, convertibles are the in-thing, especially in the wake of increased culture of living in smaller spaces. The need of accommodating multiple utilities into one article can give them interesting forms viz. coffee table by Daniel Pearlman or the Mag Table by Offi. Such convertibles are the trend of the day.