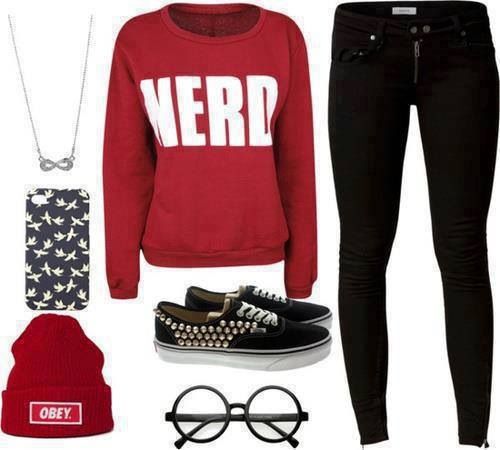 Fun days for those free as birds, any day indoors goes for nerds.

But nerds are no more written off. The fashion industry today acknowledges “nerd fashion”, which is a recognition for a very understated population. It’s also a matter of discussion in fashion and design courses today.

Nerds were earlier considered bookworms or overindulgent thinkers. Their baggy jeans and oversized hoodies were considered too boring. But in time, their choice of style has come to be regarded among the fashionable. From a fashion designing perspective, the geek look has been established as one of the prominent looks in the 21st century.

Interestingly, students who have enrolled in fashion designing classes could also be geeky, but with a flair for fashion. The following fashion tips could be of good help in bettering the nerd look: 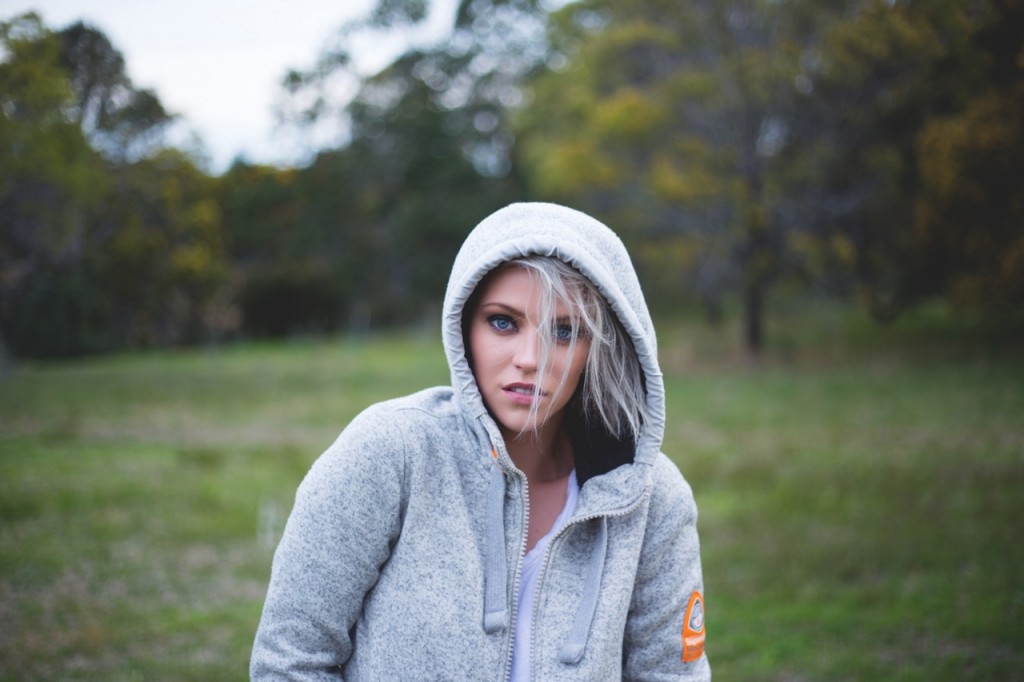 Show your nerdy attitude in a tee

Nerds could don tees with nerd culture symbols like a science formula or an atomic structure. Tees tend to bring nerds closer to cool and casual, but also underlines their true nature. Hoodies, baggy pullovers and layered tees in dark shades were first adopted by the nerds and then by the world. Make shirts chic for a nerd

Button-down shirts teamed with a casual tee are popular for the nerdy look. Checks or stripes are the best choices for prints on the shirt. Wearing a cardigan over a shirt can enhance the nerd look. It makes a much lesser casual appeal, fitting the true nerd attitude. 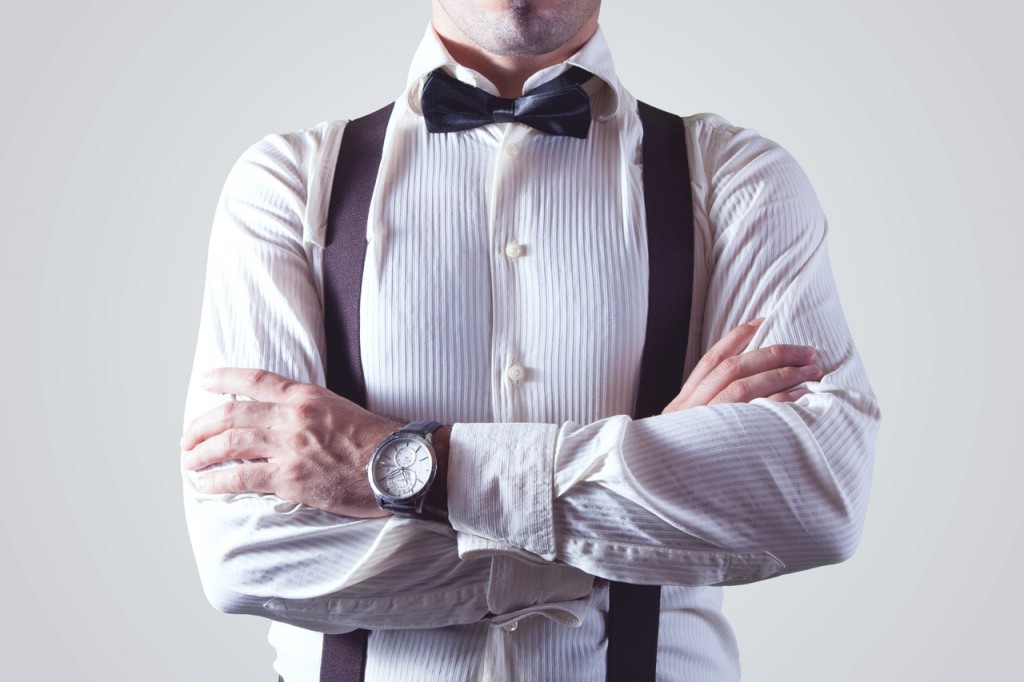 Any trousers that maintains a formal look, matching his/her shirt, suits a nerd look. Khaki pants or chinos could be a good fashion statement. Even straight-fit jeans could be a suitable choice. Apart from these, jeans with suspenders and high-waist jeans were extremely popular among the geeks, but today they are a must-have in everyone’s wardrobe. 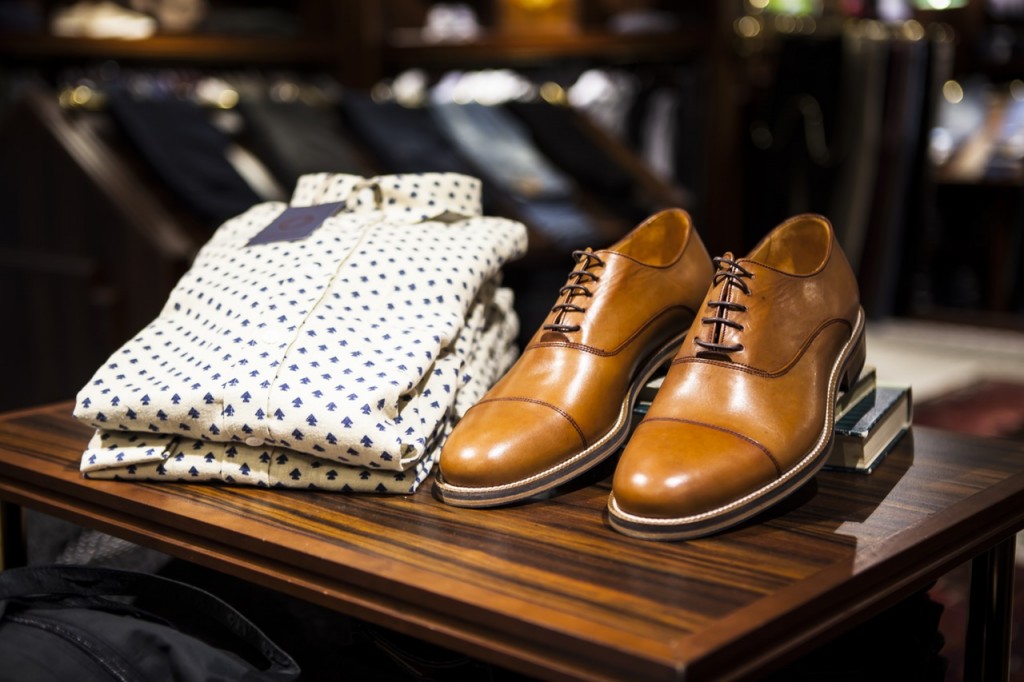 Simple rules to match the shoes

There’s nothing complicated about choosing the right shoes. Colourful socks matched with brown or black shoes work best. Although black could be used in a formal setup, brown shoes are recommended. Having said that, sneakers or canvas shoes take the cake. 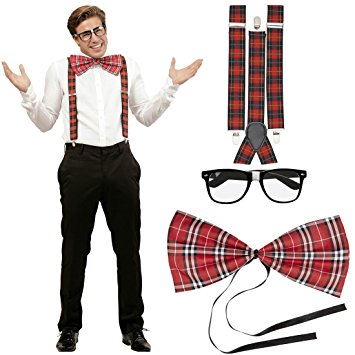 Glasses – A symbolic accessory of a nerd. Harry Potter glasses (thick and round with a black or brown frame) have become quite a trend recently. While a few years ago, rimless glasses, sleek framed glasses and even contact-lens were donned by many, the nerds were ruling the world, quietly from behind their big spectacles. However, today the whole world is pouting from behind them!

You can set your own style by choosing a customized or a florescent frame.

Tie – A bow-tie or a necktie could bring out more nerdiness from the overall look.

Bags – Backpacks or satchels made out of leather or canvas are fashionable for nerds. Rich color tones like that of red, brown or reddish brown will shine.

Watch – Adding an elegant watch to the whole dress-up can give a perfect finish. A classic timepiece with a relatively big dial can work well for the style.

Nerd fashion should be a topic of discussion in fashion design classes too. The trends in this notable area of fashion also mark the change in mentality towards people’s appearance, because for all you know the next ‘nerd’ could grow up to be Natalie Portman!