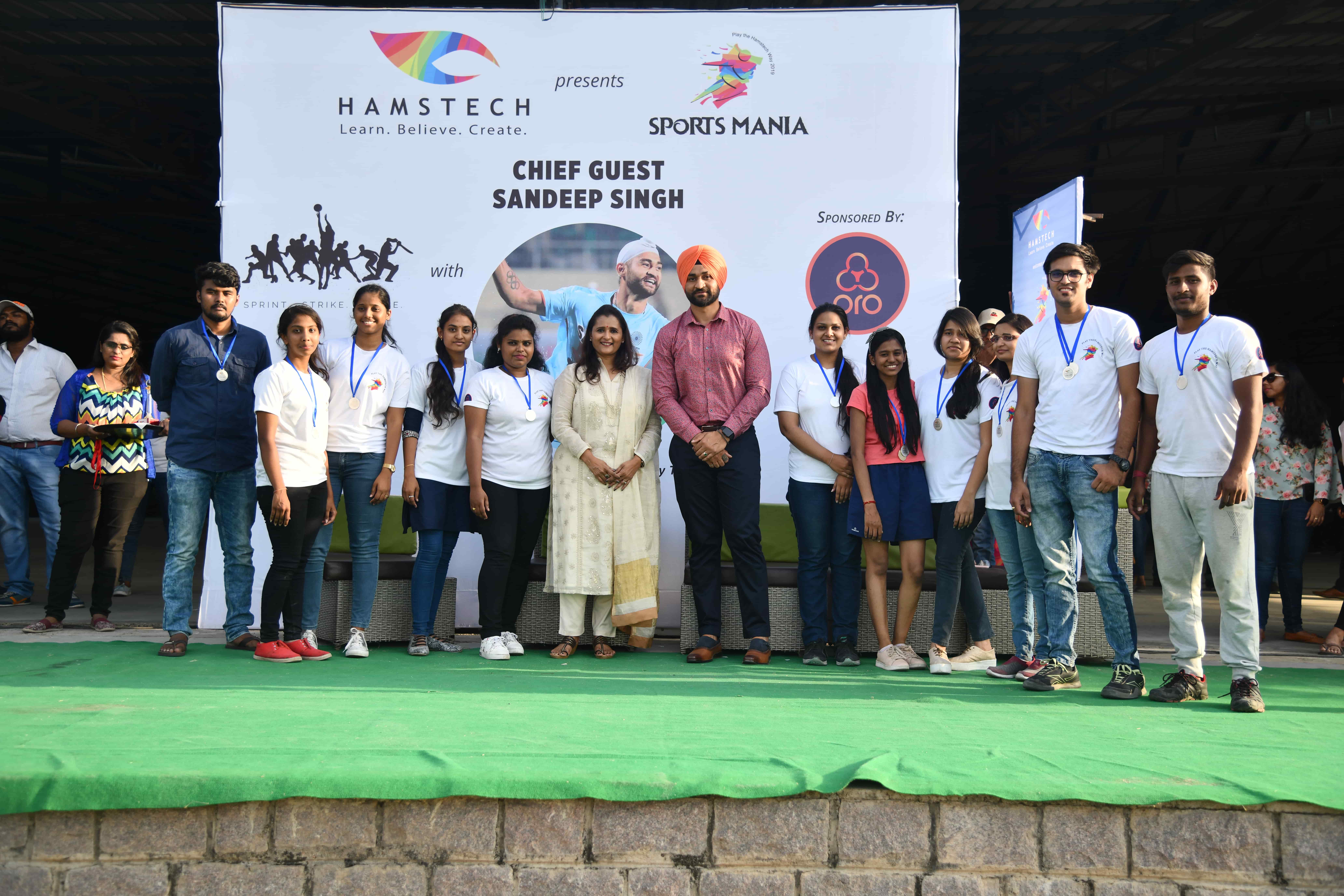 Sandeep Singh, the celebrated Indian hockey player and the recipient of Arjuna Award in 2010, graced the annual Sports Day event, SportsMania of Hamstech College of Creative Education. His presence was an honour and an instance of unparalleled motivation for the students.

Sandeep Singh’s sports career and life has been filled with challenges and victories attained by mere grit and perseverance. The interaction between Hamstech’s youngsters and a true sportsman like him was really eventful.

As he shared his career achievements via a string of goal-scoring records in his name, he also narrated his turbulent and desperate times that recurred in his life. With all this, it was interesting to learn what he thought about Hamstech and Sportsmania.

In his interaction with the media and with Hamstech team, he expressed his appreciation for Hamstech’s efforts to promote sports in its own way. He emphasised the need for greater involvement of sports in education and culture in India. With sports, he said, the qualities of focus, discipline and enthusiasm will develop in the youngsters, which will enable them to achieve great creative and academic feats.

He even urged the parents to cultivate the awareness in their children about health and fitness. He was all praise for Hamstech for having a good understanding of the need to address the students’ well-being and health. He stated that’s the reason the college has earned the distinction it enjoys.

He also gave heartfelt good wishes for the college’s efforts and events like Sportsmania.