Indian jewellery is world famous for its intricate artwork and designs. There are many ornaments that have been adorned for centuries, and one such ornament is the anklet. The anklet, also known as ‘Payal’ has secured a special place in a woman’s jewellery box.

Though anklets are common in the Egyptian and Middle East cultures, they also hold a significant place in the Indian culture. Designing an ornament such as the anklet, requires precision and skill and thus can be developed through a jewellery design course.

Read on to know more about this beautiful Indian ornament and its importance in the Indian culture. 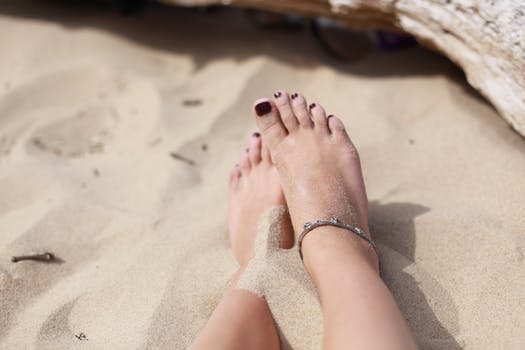 As a Mark of Respect

Even today, in the Indian culture, women of the house wear anklets. The anklet can range from a single bell to multiple bells. The sound of the anklet would signify the presence of a woman and members of the family would thus show respect to her.

Learning how to design various types of traditional jewellery can enhance your creative skills. This and so much more can be learnt in jewellery design classes.

As an Auspicious Gift

In India, the anklet or the payal is considered as an auspicious gift given to the newly wed bride. Anklet carved with meenakari and heavily embellished with precious and semi-precious stones is the perfect wedding gift. Some brides also wear a toe ring that connects to the main piece. This represents that the woman is married.

Today, there are many jewellery design institutes that impart practical training in traditional jewellery making. You too can be part of such an institute and learn this beautiful art.

Among the different types of metals, silver was the most preferred one used for anklets, as gold was considered as the metal for Gods. Another interesting fact about the anklet was that it was considered a way to re-vibrate the energy in the body.

With so many interesting facts about the anklet, you sure would want to own one. Join a jewellery making course and proudly own one for yourself.