Knowing exactly what a photograph has  to come out like, pushes the plan for a shoot under optimal conditions. But very rarely does the first shot come out with a satisfactory result. That’s when the need to edit the picture to suit a suggested vision and purpose arise.

The process of editing a picture, the post-processing, is a specialised task learned at a photography school. It is an important step towards deriving the perfect photograph. Clarity, imagination, purposefulness and expertise in editing tools are essential qualities one need to develop as an editor.

Post-processing was done in a darkroom in the age of photography using photo-film. In this digital age, digital image editing tools like Photoshop, Lightroom and Picasa are used by editors to correct, enhance and add to the original image. Photography training courses deal with this part mostly in the latter half of the course that deals with post-processing. Hamstech Institute is one that encourages its students to put their imagination and perfect the techniques in this process.

When the Picture Comes RAW 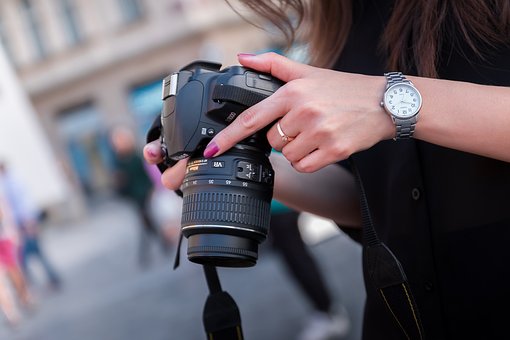 While clicking with DSLRs, the best file format to get the image in is RAW. The best thing about RAW is that there’s never a loss of detail of the image captured, which is a huge advantage while editing them during post-processing.

Also, while the JPEG format gives lossy images, and can only record 256 levels of brightness, RAW can record at levels between 4096 and 16,384. RAW captures images in 12 or 14 bits unlike JPEG that does it in 8 bits. The difference shows clearly in the picture quality and image details.

Also, with RAW images, correcting overexposed or underexposed shots become much easier than with any other format. This pro-friendly format even facilitates high quality printing.

Anybody who has started taking photography classes in digital editing must already be knowing about “cropping” an image. When pictures are shot,  there’ll ideally be some space around the main subject. This can be cropped out sufficiently to give prominence to the main subject during post-processing. It also gives a balanced view of the subject in the frame.

Correcting the Picture for the Correct Image

Image correction is all about cleaning up and making image adjustments that bring out the best version of the picture taken. Cleaning up involves using tools like healing, cloning and patch that help in singling out and removing irregularities and unwanted elements in an image. The irregularities could be dust spots, patches and stains. The image correction tools help to achieve their purpose seamlessly when used diligently.

After cropping and cleaning the image, optimising image features becomes the next essential move.

If the image involves a subject that is not on a straight baseline, a little rotation of the image will set it look right.

It often becomes necessary to adjust an image to a darker or brighter version, which is achievable with tweaking of properties like shadows and highlights.

Some pictures may seem sharp in composition as the parts of the image look starkly clear in comparison with each other. This happens because of contrast settings. Some images particularly benefit from setting contrast levels correctly viz. the ones with silhouette figures in bright backgrounds.

Setting saturation and colour levels are vital tasks in post-processing an image. There’s a wide range of possibilities regarding the strategy for refinement or change in colour, hues and saturation that will be adopted to create the optimal image.

It can generally be suggested that oversaturation and undersaturation has to be avoided. Desaturated images for black and white photos can also be tweaked just right with right channel levels and apt settings of highlights, midtones and shadows. The colour choices depend largely on the theme, subject and purpose of the image.

Perfecting the technique of post-processing becomes most effective with a vivid vision that is applied along with it. A beginner with a proper head-start into learning image editing gets a good pace of learning with expert guidance from a professional course.