Use of Origami in Graphic Designing

Use of Origami in Graphic Designing

Graphic designing is the process of communication through designs. Graphic designers use visual methods to convey their point of view and what they really feel. It gives us the liberty to use the designs and put them together to create a strong style statement in the market. Graphic design is not just about creating layouts; it is about creating an impact using those layouts.

Speaking of trends, the longest-running and the most loved trend in graphic designing is origami. It is the method of creating different designs or shapes from paper. In this technique, paper is folded to create different shapes and designs.

Origami originated from Japan(1). This technique was used in making simple patterns like a square cube or flowers. But, later in time origami increased its complexity with the increase in popularity. The popularity grew in a very small duration of time, with people all over the globe trying to make different designs and patterns from the paper folding technique. The Japanese culture became known all over the globe in a short time with a strong impact. People used to turn the flat paper into different designs and styles. 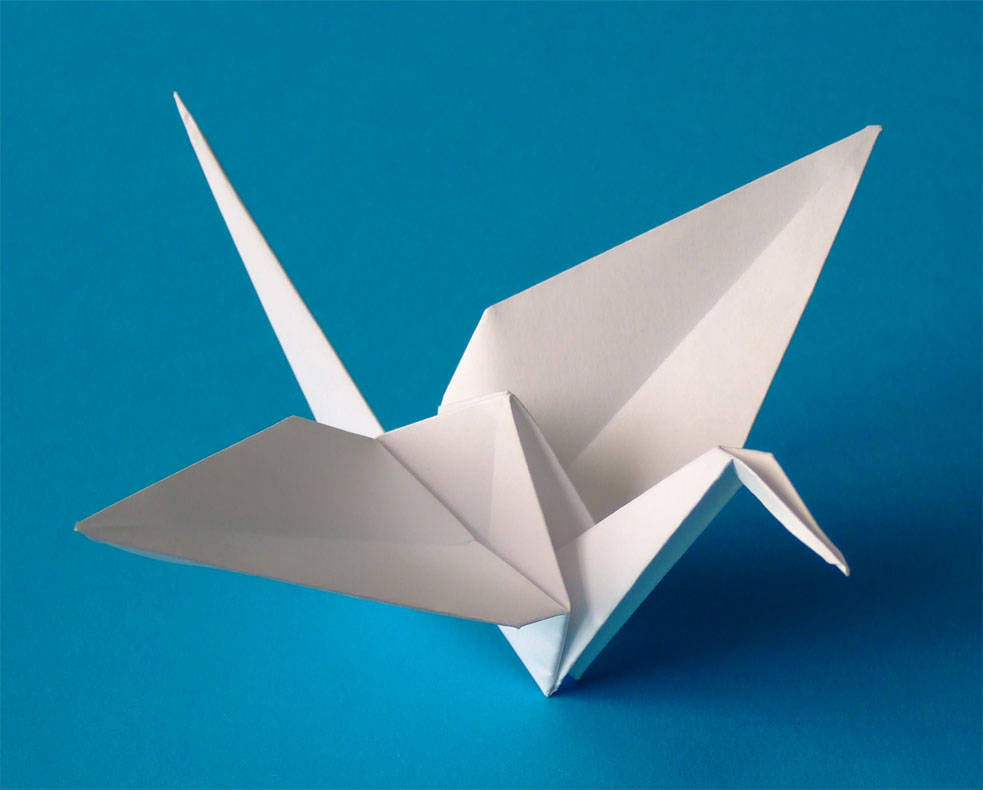 Origami was used in different forms of logo creation and even in the designing of names in different patterns. Origami style logos are still in trend due to their unique design and it can catch your eye when you just look at them. This gave the designers a wider set of canvas to show their creativity to the world. They used this method to create more colourful and creative logos for the companies. These were not just used in the logos but also in the other parts of the layouts they make. It was a turning point in the graphic designing industry as everyone wanted an origami design. This made the need for the graphic design industry reach its best. Origami in graphic designing is a huge subject to learn about, creating it may look simple but is way more complicated for any non-designer to even imagine To make these designs, you should first select the origami shape, then take photos of each step so that if you do something wrong you can retrace the path without missing any step. Then assemble this design in the software with the computer. Now assemble these shapes as per the desired figure, this origami design uses graphic designing software to collect these shapes.

Graphic designing is the industry of creating layouts for which creative skills are very essential. The graphic designer has to be updated with all the latest skills and trends in the market to have a better portfolio for future projects.

Graphic designing courses are now getting popular as the teenagers, these days have a passion for this industry. People from every age group are willing to follow their passion for designing industries. Where they can create their own style, their own design and show it to the world. Success comes to those who work harder than everyone else and have a very creative mind. They have a very bright future in the designing industry, as these are the highest paying ones. The beginning may be slow but once you gain the full potential, there is no stopping your growth in this industry. For this patience is the key, the ones who give time to their work will grow in no time. All you have to do is start slow, with small projects and keep building your portfolio for big opportunities.

Thinking of how to start? Let me make it easy for you. You can join a graphic designing course at Hamstech. You get a chance to learn from the guru of graphics, Kailash Nayak. So, why wait? Enrol now!